The Cape Town Market is introducing an exciting new Offloading initiative to make our trading hall safer and cleaner for all our market partners. This will enhance produce shelf life, limit diesel fume inhalation and most importantly encourage and excite our partners in keeping up with food safety requirements.

The Cape Town Market is looking forward to a fresher future as of the 1st of July.

We have included all the information below in picture format below as well as emailing, faxing, facebooking and tweeting all involved.

Please feel free to use the Hotline number provided if you have any hot green questions. 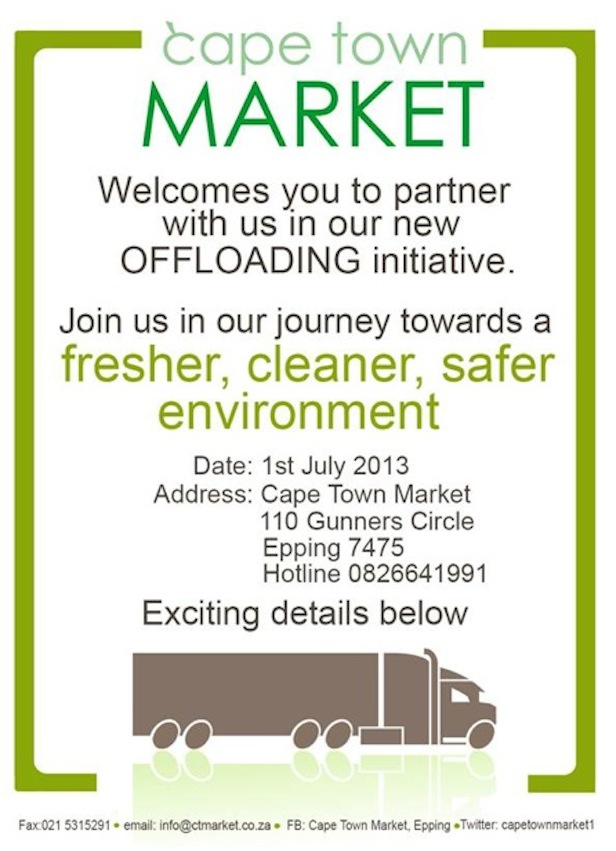 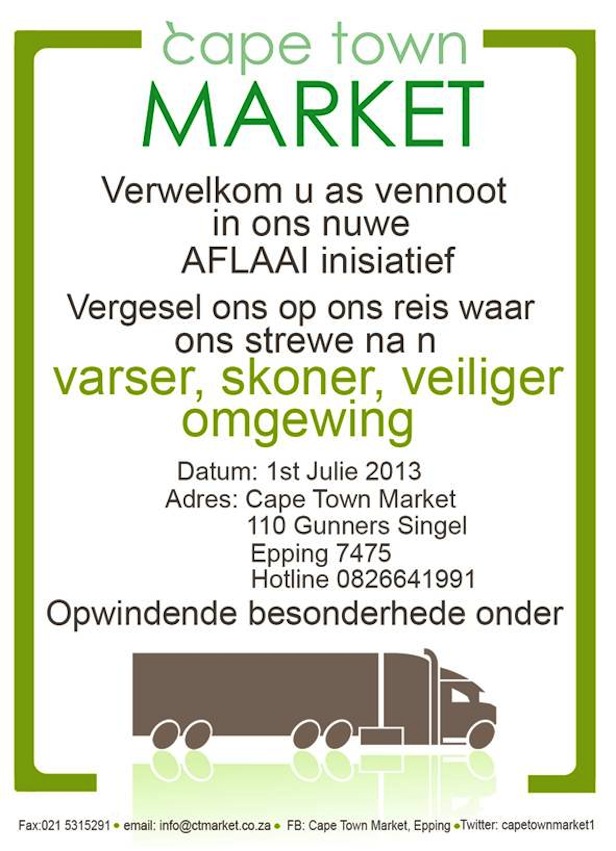 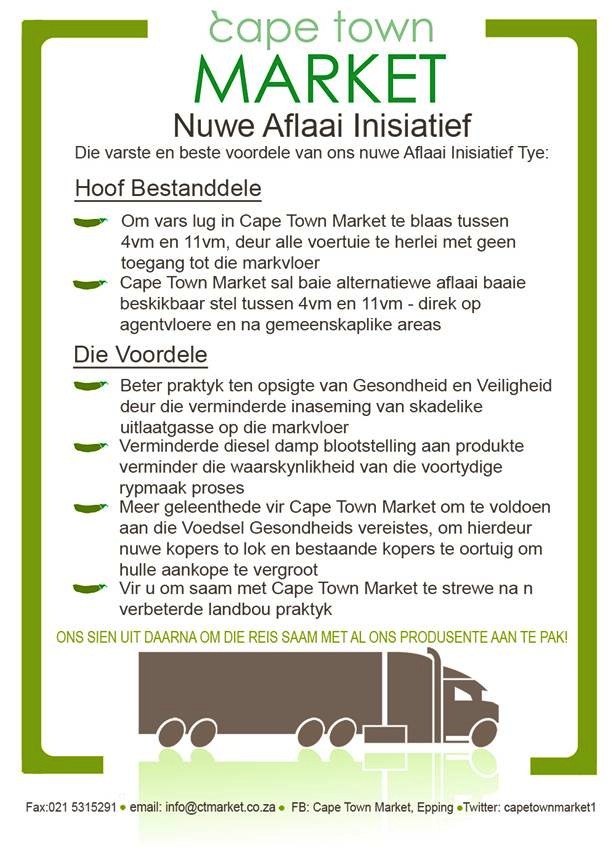 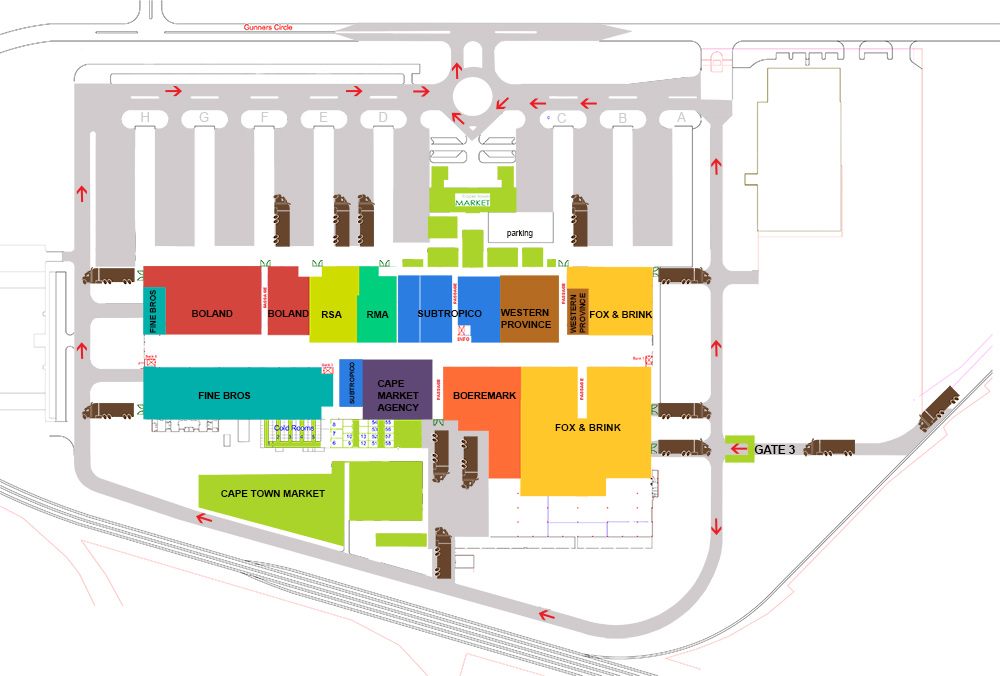 The Limpopo Economic Development Agency (L.E.D.A) recently requested assistance from Cape Town Market concerning the development of a Fresh Produce Market at Musina in Limpopo Province. A delegation from L.E.D.A visited the Cape Town Market on 13th May after which Cape Town Market was asked to help organize a workshop on the topic.

The workshop was held in Musina on Tuesday 26th May 2013. Most stakeholders were represented at the workshop including ZZ2, Fruit and Veg City, RSA. Fine Brothers and Fox & Brink. All those attending the workshop spoke and provided valuable insights into the merits of a fresh produce market at the gateway to Africa. Rob Lowe, CEO of Cape Town Market, supported by Peter Matthews and Billy James, spoke on the topic “Ingredients of a Successful Fresh Produce Market”.

The workshop was a great success with all those attending feeling positive about the merits of the proposed new market in particular how such a market will offer a gateway into Africa because of its close proximity to Beit Bridge Border crossing and how it has the potential to increase South Africa’s fresh produce exports. L.E.D.A has established a road map to take the project forward and Cape Town Market will continue to provide support and advice as required.

Amongst the dignitaries who attended was the executive mayor of the Vhembe district and the mayor of Musina as well as several local entrepreneurs.